Catalogue to the project:
Residence-in-Nature 2016

Date: Thursday 25 August – Friday 26 August 2016
Place: Region Kronoberg
The symposium Scale 1:1 is developed in relation to the art project Residence-in-Nature, which takes place in different localities in the Region of Kronoberg during the summer of 2016. Residence-in-Nature takes as its starting point the landscape and its cultural, economic and political aspects. The symposium brings together the participating artists with invited guests to discuss what it means to work context-specifically as an artist today, and how art can make us think about concepts such as site, countryside and nature from different perspectives.
How do artists create methods for working in depth with a certain context? Can one bring the same method to different places and still claim to work with the notion of the specific? How do different time frames – to be a temporary visitor or a permanent resident – affect what becomes possible? What problems and potentials are involved when addressing  local and global audiences at the same time? What new forms of artistic and institutional practices do we see emerging through intensified relationships with local contexts? What is the local anyway?
How is the perception of sparsely populated rural areas changing in a post-industrial present where the boundaries between the city and the countryside, and between nature and culture, are being re-negotiated? Has ”site” and ”the specific” become exotic and desirable properties – so called Unique Selling Points – for the experience of culture in an increasingly homogenized world? Or should we understand the growing interest for the context-specific in art as a form of tactile resistance against a generally abstracted existence?
The title Scale 1:1 makes reference to the working method used in Residence-in-Nature whereby the artistic process is shaped by the artists’ presence in a specific place for a limited time. The symposium employs the concept of Scale 1:1 as a general approach in order to ask questions about, and test the forms for, ”situated” knowledge production  in relation to site, body and thought.
Preliminary list of participants: Johanna Gustafsson Fürst (artist), Hilda Hellström (artist), Klara Hobza (artist), Åsa Jungnelius (artist and Artistic Director Residence-in-Nature), Fredrik Paulsen (furniture designer), Jerszy Seymour (artist), Ross M Taylor (artist), Lisa Torell (artist), Markus Vallien (woodworker), Jonas Williamsson (graphic designer), Emma Smith (artist, author to The Practice of Place), Karin Lindroth (graphic designer and Artistic Director for The non-existent centre/Ställberg mine), Lisa Rosendahl (curator) Mårten Björk (teolog, editor for Subaltern) Axel Andersson (Historian and critic, author of Den koloniala simskolan) Heidi Wassi (Länsantikvarie)

A hillock by the side of the road is carefully combed. A sculpture disguises itself as a flea market bargain. The shooting range in the woods is turned into an almost living place for memory. It is stressed that a series of roadside places for resting constitute a planning for the unpredictable. Call of nature or epiphany? Filmic notes from the participant observations, presence and performances, of the artists with localities by Riksväg 25 are shown in a closed down bank branch in Skuv and at Växjö konsthall.

To both participate and observe demands as much tenderness as violence. One has to enter the place, or it will reveal nothing. But then the place has to be allowed to enter one. The context leads us to a sensation of the act of doing, which is both the price and the prize. It costs, and it gives. How different is this process if we talk about things rather than human beings? And is it at all possible to find the dividing line between the two? The joined map is in the end larger than reality. The one participating soon becomes an explorer in the only putatively most familiar of all worlds.

Johanna Gustafsson Fürst (1973) pursues as art the surplus of the seemingly mundane can produce. She invites the material to ’take space’ in order ’make room’ for an understanding of the meeting of the thing with the thingliness of an immaterial system. Johanna graduated 2003 from the Royal College of Art, Stockholm (MFA).

Lisa Torell (1972) is interested in how what is becomes what it becomes. She turns the fleeting nature of society to her advantage for a deft exploration of societal systems. Her work is at the same time, including the written work, related to the specific character of different places. She is educated at Konstfack (MFA, 2001) and is now part of the Norwegian program for artistic research.

Residence-in-Nature is not an Artist-in-Residence program. It is not a site-specific artistic work. Rather, it can be seen as an experiment and a method in the scale 1:1. We invite participants from different backgrounds, who express themselves artistically through a host of disciplines, to spend time and work in the region of Kronoberg. Residence-in-Nature is interested in what takes place through this presence and these collaborations and in how it relates to the specific context. It looks at what happens when local concerns and questions meet global ones, and at the result in form and content of the trading of knowledge.

Where can we meet art in a sparsely populated rural area mainly comprised of man-made nature in the shape of forestry, streams, old company towns in the transition from industry to post-industry, small towns, nature reserves, tourists, hiking and canoe trails? The aim of Residence-in-Nature is to let the participating artists live and work where they and their practices meet the inhabitants of the area waiting for the bus, in the forests, by the canoe trails, the libraries and roads. Involving them in a change of position leading to an embrace of the public space as a totality.

What is the meaning of the place for production and material? The glass industry was booming in Småland in the 1960s. Artists were invited to live and work in the region to create a new meaning for an industry that previously had made items for more prosaic use, like milk bottles and light bulbs. A mode of production mostly reliant on local materials like rock, glass and timber, became the node in the construction of a society where crafts, economy, labour and artistic figuration came together.

What type of economic development is needed for the construction of contemporary society when the concept of work is changing and many are swept up in flows of migration? Residence-in-Nature investigates everything from notions of community to tourism, consumption and the construction of society. What does one do for the other, and what does it mean for the collective, the community that we share? In which ways can an artistic production contribute to the discussion?

Residence-in-Nature was initiated by Åsa Jungnelius as a long-term collective art project. It was based on her own experiences of context-specific artistic work in a rapidly depopulating area where the post-industrial condition highlights a complex setting. The landscape in Småland is intimately linked with the material culture that gives the coordinates for our economic, social, political and ecological situation.

The initiative coincided with the wish of the regional local authority to through artistic work find a durable form for an experimental Artist-in-Residence program directly linked to the local context. 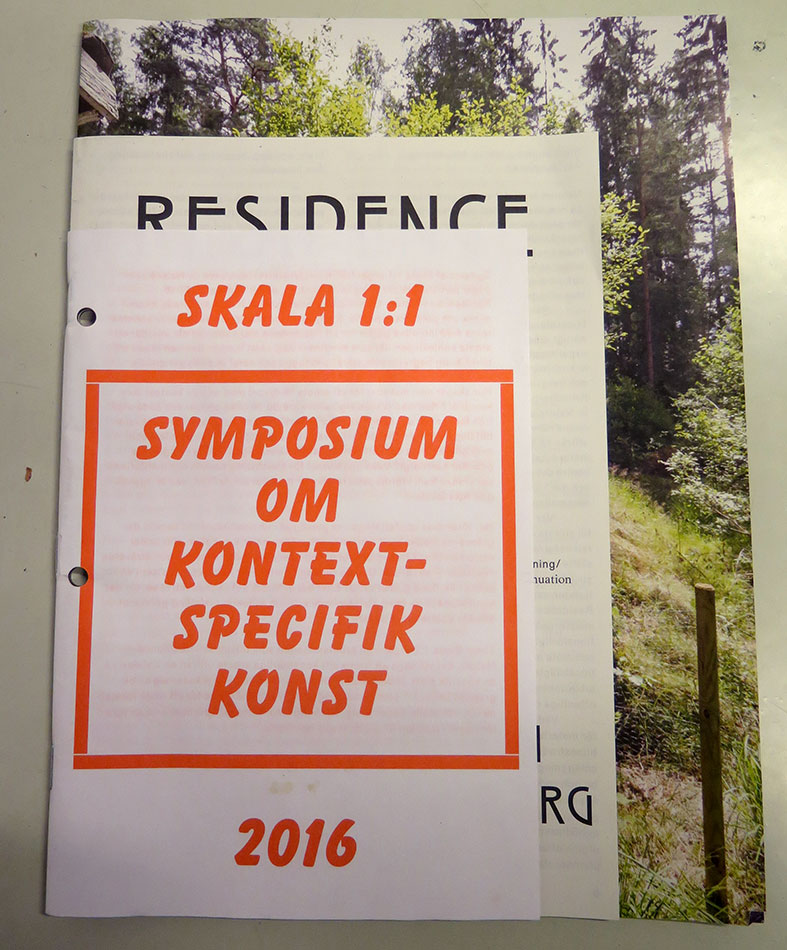 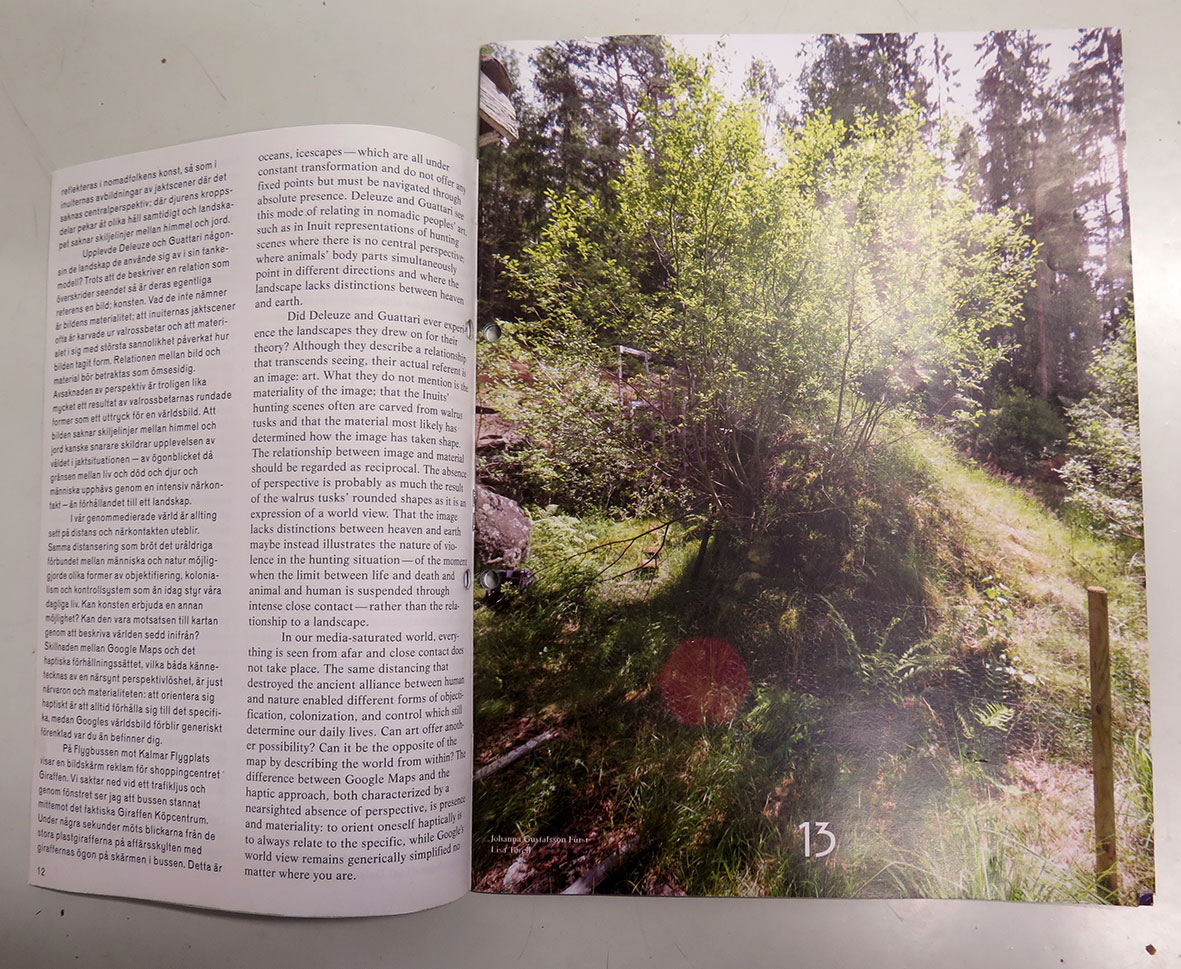 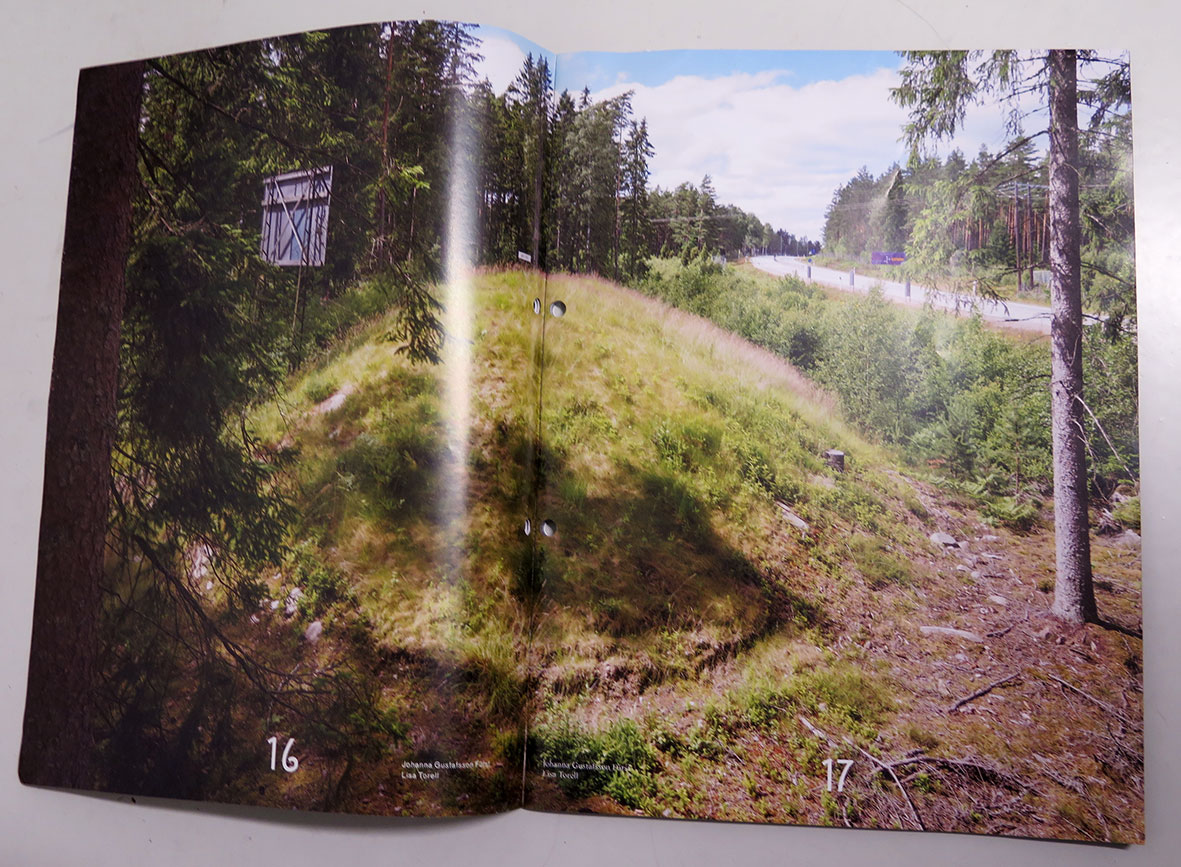 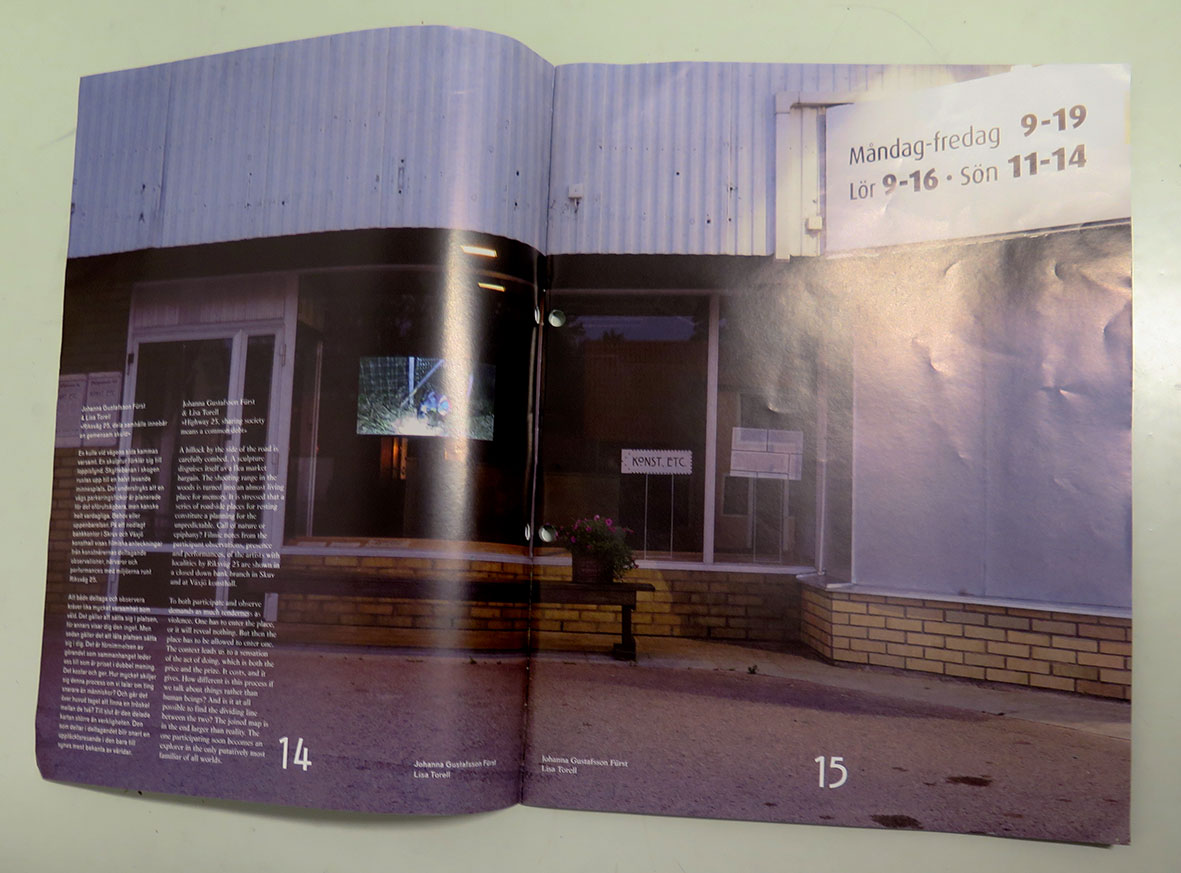