The editors Jacob Borges and Lotte Juul Petersen present their new publication "Temporary Urban Structures". Being part of the curatorial and artistic project Urban Pedestals in Copenhagen and Helsinki the intention of the book is to bring together different intermediary urban structures in a single publication.
Following the launch you will have the opportunity of enjoying a performance by Olof Olsson and slideshow by Jacob Borges. Snacks and drinks are served during the reception. The price of the book is DKK 50 on the day of the launch, normal price is DKK 85.

Text contributions in the book by: the artist group Parfyme, Jacob Borges & Lotte Juul Petersen, Olof Olsson, Celine Condorelli and Lisa Torell. The book is designed and published by *[asterisk]

As you’re standing here, I’d like you to take a moment for yourself, disengage from the world’s demands and its perpetual striving for efficiency, and I’ll tell you something very important about this spot, something that will be of great significance in the future. I have a very good reason for asking this of you in particular; I’ve been waiting for you. The fact is that you carry with you the exceptional power required to see these times, AD 2006, off towards a brighter future. The way things are, it seems a little push in the right direction is needed. It’s not just people who are in need of well-meaning nudges every now and then; abstract phenomena such as thoughts do too, especially in times like these.

In order for you to be able to understand your part and be able to convey it, you will need a few facts. To get you ripe and ready for your assignment we will start here in the present, continue with a bit of background information and follow up with something for the future. Then you’ll most likely be ready to get started. This spot where you are standing is quite a solemn place, square D7, p. 7 in the world atlas, the second one of its kind on earth. I’m not sure if it has ever crossed your mind, but ever since 1300 BC mankind has drawn, mapped and analyzed the world. Everything from the planet’s basic and fundamental relationship to its crust, to the minutest migration of a family of frogs across the E4 highway, all has been represented according to form and function. It all started with humanity’s profound need for security. To feel safe and secure one needs to be able to control one’s environment. To control one’s environment one needs to know where things are and how to find one’s way amongst them. To find one’s way one needs recollection, and to recall help is required, hence this preoccupation with cartography. And so it began, this immense process, which has unfolded over millennia.

Now, after several thousand years, just about everywhere had been mapped, classified and recorded according to function, purpose and intended use, predicted consumption and development potential. With cartography of this calibre nothing would go to waste. Almost every little plot of land had been labelled according to its qualities. The world had become a remarkably well-documented place. Not only places were documented, oh no, no, no ... Everything of worth was painstakingly recorded and planned for, a thought hardly had time to emerge before it would be made manifest, be it in one’s diary, mobile phone, computer or i-pod. To prevent one’s forgetfulness getting  in the way of anything of importance, the mobile could be programmed to emit a little reminder-beep, one kind of beep for appointments and another for work. Suddenly, the inconvenience of destiny was eradicated.

The times were physical and literal. There was total transparency and accountability, the manifestation of which could be seen in town planning, domestic architecture and office environments. Unpleasantness and violence could be eliminated by good interior design and clever lighting. An open and generous person would have an uncluttered and spacious home, with cupboards ajar and no doors; nothing closed, nothing introverted. Bisexual, heterosexual or gay; everything should be talked about, should be discussed and analyzed. Everything out in the open, no secrets, nothing hidden, unseen or concealed and nothing left to chance. Those days were as complicated as they were visual.

But as you know, a human being isn’t just a human being, she is also Human, with a capital H, and complete with soul, gut feeling and heart, a creative and spontaneous creature. And in the midst of all this planning, goodwill and thirst for knowledge, there was something that was in danger of getting lost. That is to say, it would be lost if things were allowed to run unchecked as they were at that point in time. This something was already being eroded and nibbled at the edges, and without it the world would grind to halt. So it wasn’t for nothing that a certain uneasiness had begun to emerge. It spread on the wind and took root here and there. Mankind has always been sensitive to change. Survivor that she is, she may be tough and a bit slow on the uptake, yet she is immensely inventive and skilled at collaboration. But now, it was as if she was at a loss, it was just a feeling, almost as if she’d mislaid something. She felt a bit split, although she was, in actual fact, completely whole.

So what was this momentous change, which was about to happen? Well, the age of the abstract, the obscure, the invisible, the unreasonably vague and, for the moment, seemingly insignificant qualities was dawning. The time of feeling and serendipity. To make this point clear, permit me to use the humble pavement as an example in order to make explicit the dire consequences of not changing direction. And yes, just as you probably suspected, this is where you come into the picture.

A pavement is, as you know, a infinitely long strip of tarmac just over a meter wide, which, if divorced from its context, would be nigh on impossible to define. A pavement doesn’t amount to much in its own right but comes into its own in relation to something like a busy road. It is something upon which one can walk as well as stand, though not for too long, as this may seem peculiar. Enter our need for social control as the questions arise and we find ourselves thinking: “Why is that person standing there on the pavement? She’s been standing there for over an hour now, how odd ... She’s either a weirdo or waiting for someone.” That was how we thought, no room for fuss or further enquiry. It was simply the way it was. If ever there was anything beyond one’s wildest imagination, lying down on the pavement was it! This in spite of the fact that it is generally swept clean in summer, sports a blackish grey colour that attracts heat, making it warm and comfortable. With a little pillow it could be the perfect place for a rest. Furthermore, there was no need to go looking for it; it was found everywhere, within easy reach in any village, small town or city, where most of us actually lived at the time. But a pavement, bound by narrow-mindedness to its intended function as it was, simply was not a place for lying down. Plainly, there was no provision for the kind of freedom required to lie down on a pavement.

There was, however, nothing wrong with lying on a piece of lawn beside the pavement, as long as it was at least 2m2. Well, preferably at least 5m2. And the lawn in question must on no condition border a congested route, a business park or, to top it all (I’m getting a bit hot under the collar here...), be adjacent to, separated only by a small path, another piece of lawn with a paddling pool in front and a few sun loungers on. Because then it’s as if you haven’t quite got it, as if you just don’t care about the space allotted for you and your thoughts, as if you have ideas, thoughts and feelings of your own. You probably know what I’m referring to: those almost completely denied, hidden, half-forgotten, somewhat unkempt emotions that enable one to truly feel alive.

And those, more common here, but most harassed, unusual, openly detested and, these days, almost non-existent in the metropolis; the in-between places. Hidden away vacuum zones, overgrown verges, and leftover outskirts out of sight, out of mind, which give rise to ponderings along the lines of: “Hmm, a comfy bench would make this quite a pleasant spot.” Or “This would be a good place for a ... cat park!” Or “Those black lumps look like a ... Tee-hee!” . ....And they were off, those unstructured, imaginative musings. Problem solving, regeneration, soulful recreation or creativity; call it what you will, each is as abstract as the other. But one mustn’t overlook the fact that it is precisely these delicate, occasionally gloomy, often light and wonderfully abstract qualities that make a person interrupt her journey from A to B, and transform a fragment into a whole. It is this that separates human from animal, this that makes her reflect and think again.

This is just the kind of question you need to think extra carefully about. In days to come it’s not only nature reserves and national parks that will need protecting and safeguarding, but also active places – from themselves. So please regard yourself as a guardian of the so-called RPfmDP’s (Reserved Places for more Diffuse Purposes) as this is what you have been chosen to become. Whether you are extroverted or shy, a social liability or simply ordinary, you are the one to steer this age in the right direction, starting right here in 2006. Remember that great missions demand grand sacrifices; grand sacrifices demand fresh thinking and fresh thinking demands immeasurable space. See this as a honourable mission and try to feel proud of all the RPfmDP’s still in existence in your vicinity. In my time there are hardly any. A decidedly rare commodity.

To help you on the way, I’ve erected a couple of RPfmDP monuments. That is, I’ve repainted some of these more or less insignificant elements, ones which may be quite useless given any other context, but are of utmost importance here. Reserved Places for more Diffuse Purposes have been given a monument of their own, actually the second one of its kind on Earth. So, as it happens, this has become a most original, authentic and unique location, which makes it worthy of contemplation, discussion and preservation. Quite simply, a place of cultural interest and significance.

Enough said. We are running out of time. Only a few more lines before my time in this age is up, finished, spent and ever forever eternally over. So don’t forget to think now, for thought catches on in action, as the invisible in the visible, and as words acquiring meaning and expression such as mind power, telepathy; I don’t know what you believe in, but this I know; I believe in you, and this will rub off on you whether you like it or not.

There we are ... The relationship to the diffuse has finally begun. 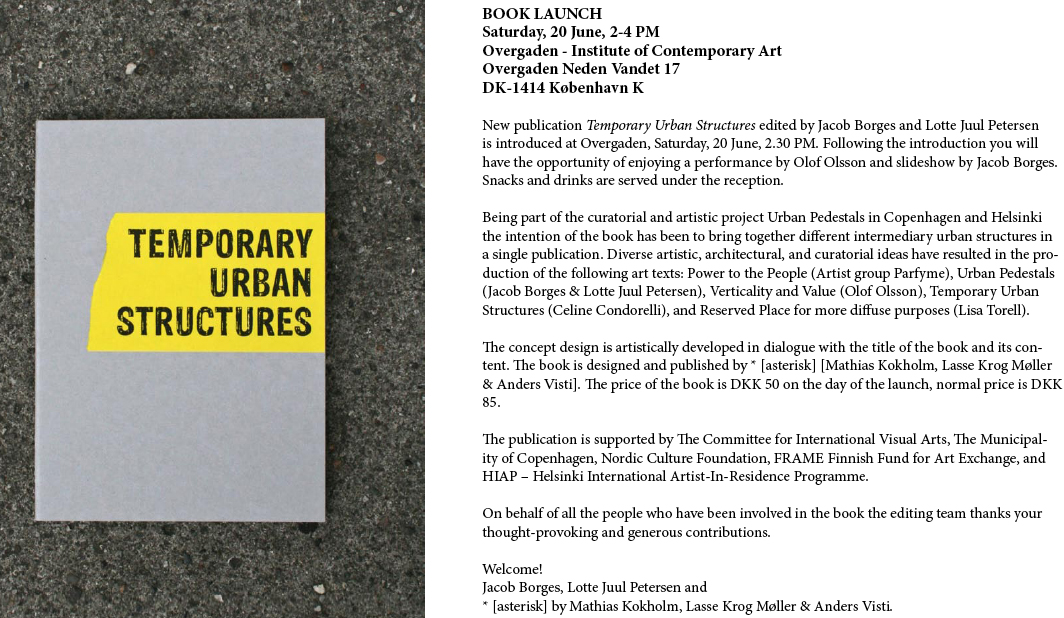 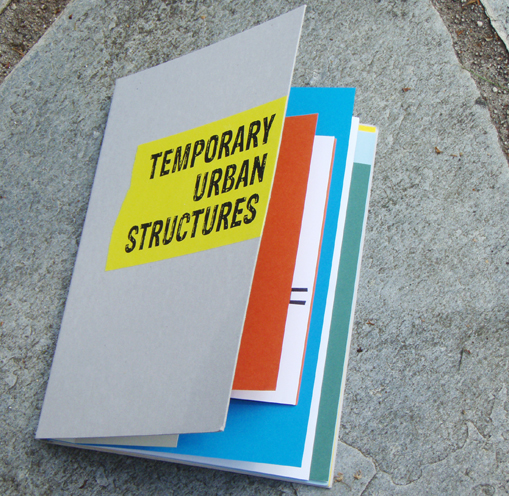 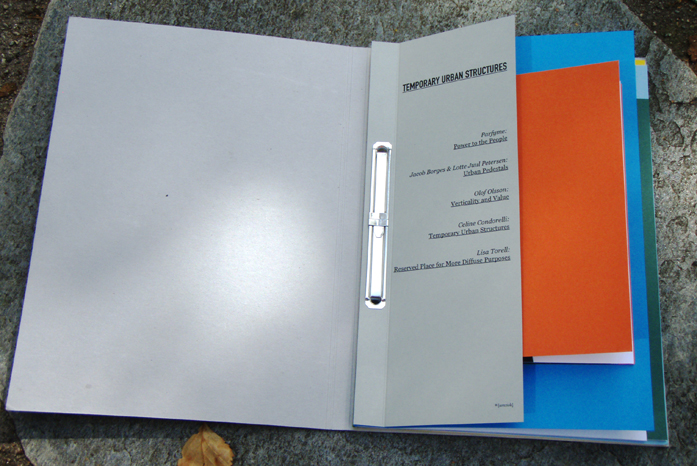