"Allegiance to the exigency of genuine theory – a theory which is, first of all, its own practice – this is the program of IDEA arts+society magazine. This means: the practice of the concerned eye, which can be rigorous solely through the unconditional solidarity with the concrete. It is a practice of thinking which is alien to any aestheticism, hostile to any institutionalized transcendence, immune to the biased fiction of ideological neutrality, and remote from the pernicious language of our contemporary culture of ‘experts.’ In brief, it is the practice of critical and defiant reflection, dramatically lacking in the intellectual-civic debates of present-day Romania.

The graphical and logical operator ‘+’ functions as the material figura of all these dimensions, to which we can add artistic education and the public influence of art. The various ways of deciphering this sign suggest the manifold articulations between the artistic and the social realm. That is, the political."

The world seems to become a place destined to people who travel: those who travel tosomewhere, with the purpose of business or leisure, and those who travel fromsomewhere, chased by war, hunger or other misfortunes. In between, those who are justbored and travel for the sake of travel, without a precise destination,and those who areseeking something which is yet undefined, and which they themselves are hoping todiscover at the end of the journey. Not only to discover,but to be among the few who seeit first, unspoiled, amazing, yet still genuine,to be the first tourist in a tourist-free area.This is the promise of tourism today,to deliver the ultimate authentic experience.

As Umberto Eco observed already in 1975 in his Travels in Hyperreality book, whattourism and entertainment have to offer us is the perfect illusion at the perfect price. Itfs this illusion, and the Western quest for the place which is always “more perfect”, moreuntouched that Lisa Torell brings into question in her works. She uses images which have an exotic allure, and writes on them, literally, her own texts, apparently tale-like and in avocabulary with an advertising note, but in reality critical and self-critical. She is referring to the perpetually colonial – Western –traveler consumer, who is not satisfied with, or doesnot know how to only be ina place, and instead needs to label that place, find a right compartment for it on a scale of experiences, and not least, take it back home, forexample in the form of a culinary souvenir.

The artist is including herself in the critique, questioning her perspective from which to represent a reality which she is for the first time encountering by keeping her distanceand making visible her own conditions and conditionings. In talking about herself, in thefirst person, she is not throwing the responsibility to the readers; they can still see themselves as innocent, for look, the artist is only telling a story, she likes to write like other people like to take pictures on their vacation.However, the I soon becomes the we, the us, just as easily as they becomes them. Sure,there is always the pretext that one can not understand a language – isnft it part of a holiday pack that you can escape totally by not speaking or understanding the others? So that you donft even have to pretend that youfre listening, youfre absolved by yourlinguistic inexperience… Thatfs where the artist is not content, where she does not trustour Global family of English speaking tourists. Her texts, first written in Swedish, then translated into English, are every time the project is presented in a different country,translated into the language of that place, and presented parallel to the original or theEnglish version. Sometimes different versions are presented together and the spectatorsare given the possibility to compare. Thus the works of Lisa Torell imply that authentic travel is first of all an experience of translation – linguistic and subsequently cultural translation.

P.P.S. Covered by the lens: Politics of the Gaze in the video by Lisa Torell
By: Jelena Vesic

I received a new video by Lisa Torell right before my May trip to Slovenia, and I watched itpremierly in the train Ljubljana-Zagreb, on my way back. All this non-ideal conditions, quitedifferent from the contemplative white cube, made my watching more vivid and definitely addedsomething to the understanding of the video. It was a global tourist situation in the compartmentwere I was sitting with two Japanese girls from Germany and my colleagues from Prelom, stillobsessed with the story about the notion of property in self-management Socialism - the topicconnected to the exhibition we just made in Ljubljana, which continued to travel with us. It was ahot and bright day, but even the sunlight flashing over my laptop screen didn't cause muchproblems, because the film itself was ‘veiled’. There were two veils, actually: the black screen,which covered the represented event, and the moving text, which took over the role of thecinematic narration of the missing images. 'Somebody is listening to Oriental music in the nextcompartment' - says one of my companions. 'No it's me, actually it is Lisa Torell - the artist fromSweden' - I reply.

I remembered Lisa's and mine late-Autumn correspondence on the politics of veiling andcontinued to think about the fist lecture on Orientalist art that I got in the School for History andTheory of Images in Belgrade in 1999. It was given by my colleague Dejan Sretenovi?, who usedto travel around Middle East for many years, and he entitled it 'The Poetics of Veil-The Politics ofGaze’. For him, the veil was the instrument of representing the distance between the gaze of theWest and the unambiguous 'Other'. It plays the important role in traditional and religiousrepresentation: according to the Qur’an, Muhammad is hiding behind the veils of light anddarkness, while Shariatic canon establishes the belief that the body of the woman is the epicenterof seduction, and its display to the gaze of men can cause troubles and conflicts. However, theOrientalist imagination, stimulated by XIX century journeys and discoveries, tried to reach behindthe veil. Taking down the veil became the great metaphor of the discovery of the Orient, but alsothe metaphor of the colonial repression. The Western view to Orient also appropriated the veil asthe erotic and pornographic association: it often promoted it in the light of sexual, sometimespolygamic perversion. The paintings from harem bathrooms, which Europeans obviously couldn’tenter, are the direct documents of inscription of the European male phantasm in the image ofOrient.

The politics of representation and the history of gaze provide one referential space in which LisaTorell tries to position herself. Another field of reference might be the context of making theartwork, in which she participates as the resident of Townhouse in Cairo.

During last several decades we all witness the shift in artistic production caused by theglobalization of the artworld and mobility of the artists. The site of production is not any longer theplace of living, but residency programs and workshops across the world, which are becoming thenovel distributors of material resources. This constant change of sites and topics often transformsthe users of the 'mobility services' into cultural tourists, and results with the number of superficialsite-specific projects which operate with information that are at hand. Through making her videotravelogue, Lisa Torell openly plays with her own position of 'cultural tourist'. She is visiting atraditional local bar for local men and joining the crowd the only way she can: as a foreign womenin the male company.

Video Covered by the Lens by Lisa Torell addresses something like the rebel of therepresentation. It functions as a peepshow and a censored representation at the same time. Andit doesn't help us to align its meaning easy with any of the established positions.In his famous caricature What does this represent? What do YOU represent? Ad Reinhardtdepicted a cultural clash; he gave the voice to both the gazes of the gentleman of culture [petitbourgeoisart lover] and radical modernist image [in which, according to the logic of culturalgentleman, there is nothing to be seen].

In the midst of the modernist social welfare andpromotion of the culture as the common social value, Reinhardt put into question the new culturalclass which determines the taste as well as ‘the regime of viewing’. If we try to set thisintervention in the context of Lisa Torell's work and the feminist critique as her standpoint, therelation between the subject and object, that is, the politics of viewing, becomes the key issue. Inthe foreground plan of her story Lisa places something that we can define as the classicOrientalistic scene: a woman dancer in Egypt, the group of men watching her, delightfullyapplauding her dance, a recognizable music, a vivid bar atmosphere and the gaze of Europeanother, separated, isolated... who encompasses the entire scene and brings it back home...for us ...

At the same time Lisa's image is here not for seeing, but for addressing the question of 'What doyou represent?' as Ad Reinhardt once did. And through this question Lisa Torell interpolates herown position of a woman, artist, newcomer, tourist, resident of remote IASPIS program, thecreator of site-specific artwork, somebody who wants to know ...

Jelena Vesic / Independent curator and critic, co-editor of Prelom-Journal for Images and Politicswww.prelomkolektiv.org 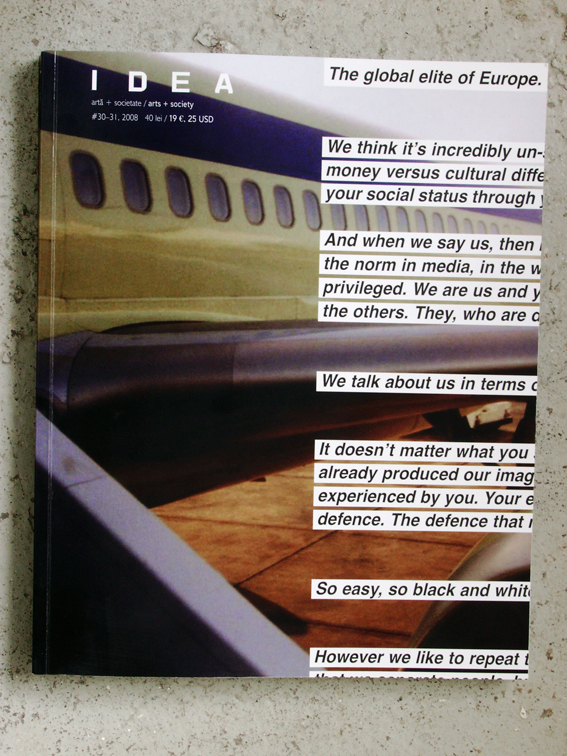 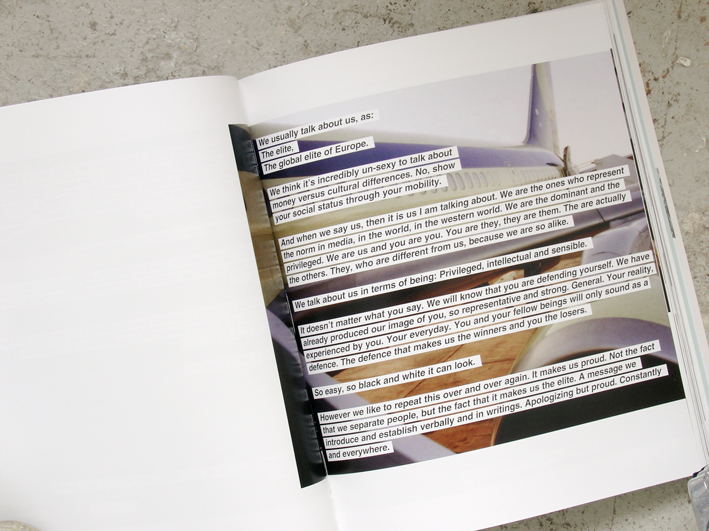 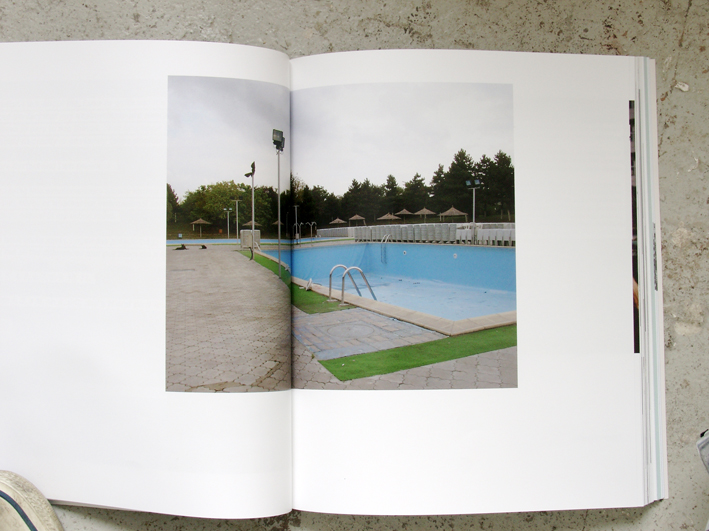