The interior design was taken from public spaces and staircases in Sweden, in order to talk about urban values. Most pictures from the exhibition:

Material: Texts in classical Swedish notice boards in aluminium normally used to display the name of people living in a certain building, house etc. Sponged and painted walls, staircase. Hall, painted in one colour and the remaining part in another combination. Texts were available in Romania and English.

Reaching out and finding that no one is there is rather discouraging, and talking to yourself is only enjoyable to a limited degree: in order to start a conversation with anyone at all you will need someone providing you with a reply or with feedback in general. The exhibition Collect Call deals partly with the mere communicative aspects and approaches which are to be found in the works by artists Henrik Andersson, Johanna Billing and Lisa Torell, in the sense that the different works activiely looks for a receiver to call into various modes of interaction, and the way they opt to connect themselves to a local or regional context.

Secondly, the model or the strategy of a collect call - the technical situation when you need somebody elses economical aid in order for a conversation to happen - has also been used for the project as a whole, but in a strictly non-economical sense. Instead Collect Call has continously called from personal involvement in return from its collaborators in order for the project to come into existence. Co-operation has been required from E-cart Magazine, Bucharest, and its editor Raluca Voinea, independent art space H.arta and its instigators and directors, artists Anca Gyemant, Maria Christa and Rodica Tache, Center for Arts Analyse, Bucharest through Lia and Dan Perjovschi, and the local audience of Timisoara. Collect call is produced by the independent art space Index in Stockholm - the project as a whole is an attempt to open up a more extensive network between practitioners in Romania and Sweden

Johanna BillingÕs film-based projects often involve people that participate by being themselves and contributing with their own experiences in situations that are both directed and documentary in approach. Her activities also include working with her and Anders BillingÕs record label Make it Happen. Her contribution to the exhibition at H.arta will be a screening of her music film ÒYou donÕt love me yetÓ, which is a condensation of a three year live performance and film project initiated by Index, Stockholm. As a contribution to JohannaÕs project the Makunouchi Bento band from Timisoara will present at the opening a recorded cover of the piece ãYou donÕt love me yetÓ.

In her installations and text-based works, Lisa Torell comments on both human relationships as well as large-scale political, societal developments. These current behaviors could be perceived as fragments from a present that we ourselves are part of, therefore they are easy to accept, yet difficult to oversee and obtain a better understanding of. Lisa Torell will produce a site-specific installation at H.arta, taking its starting point in aspects on the esthetic gentrification in certain public milieus.

Henrik Andersson works predominately with sound, performance and video. His works refer thematically to different modes of communication, but always with a sharp political undertone that acknowledges the difficulties, unfairness or impossibilities in this inter-human communicative process. His work for H.arta will be a new performative sound and video piece, which merges techno music with a traditional, Romanian 7/16 beat.

H.arta is run by artists Rodica Tache, Anca Gyemant and Maria Cristal. H.arta is a centre promoting contemporary art. It opened in December 2001 and ever since it was the location for some events in this field featuring lectures, presentations, workshops, discussions etc. The aim of H.arta space is to via various strategies overcome the limitations young artists encounter in the Romanian art system: traditionalist education, lack of information and communication, and marginal position concerning art events. The Romanian project also involves a collaboration in text with netbased artmagazine E-cart, for further information please visit www.e-cart.ro where information on H-arta's activities also can be found.

public project by in UmeOE by Maria Cristal

In January 2005, Anca Gyemant, Maria Christa and Rodica Tache of H.arta visited Index, Stockholm during a wek to have professional meetings with artist colleagues, to visit independent art spaces in Stockholm and Umeå, and to give at talk at Index and to have a release on a publication edited by Index, H.arta and Center for Arts Analyse, Bucharest.

During their time spent in Sweden, H.arta member Maria Christa, whose artistic activities normally takes place in urban space, installed a work dealing with her lost brother in the city space of Stockholm and Umeå.

Maria Christa:"When I travel abroad I have a secret project. I ask people I know from that if there are some quiet spots in town: I am looking for a nice street, a nice building to install my brother's image. He used to like traveling a lot! First I thought it will be a very discrete presence who will accompany me quietly. But things developed in a different way. A lot of people found out about my intentions and they start asking about my brother. I can talk about him, now again and again; some people will even try to find his image. He used to have a lot of friends and really liked to have people around. Now I introduce my brother to my new friends and maybe also other people will hear about him, or they will see his image. He is becoming more present in the world, although, time has no meaning when I am thinking about him."

H.arta´s visit was made possible by support from the Swedish Institute. 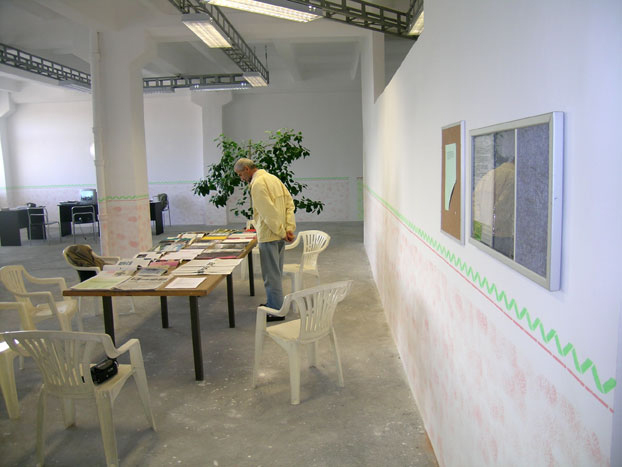 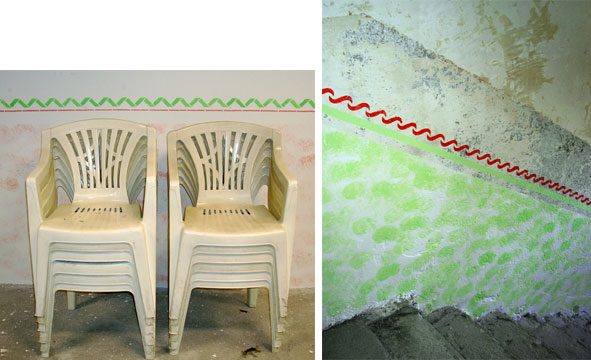 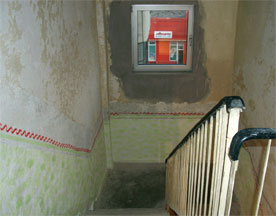 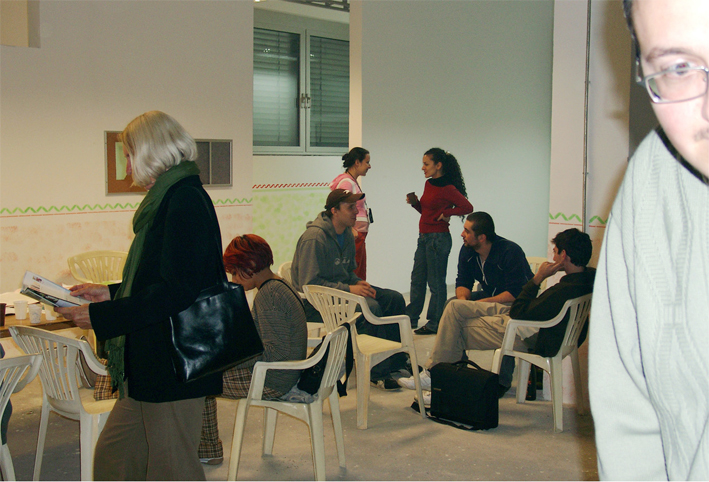 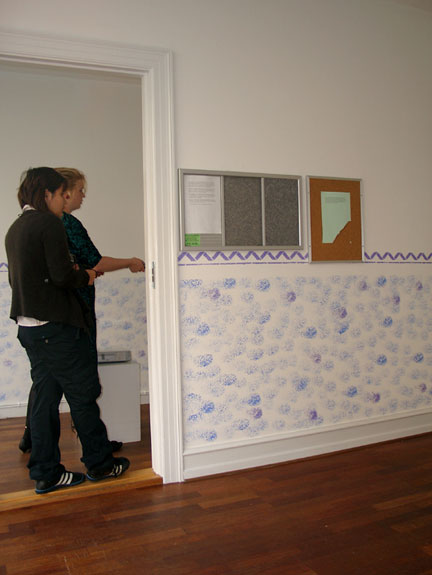